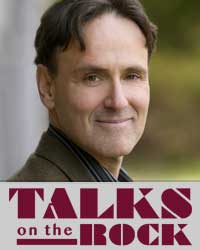 David Guterson - the Ambulatory Art: on Walking and Writing

× WEDNESDAY, NOVEMBER 6, 7:00PM Tickets: $10 in advance, $15 at the door | $5 for youth David Guterson - The Ambulatory Art: On Walking and Writing David Guterson is a novelist, short story writer, poet, journalist, and essayist who is best known for his 1994 novel, Snow Falling on Cedars, which won the prestigious PEN/Faulkner Award and was made into a major motion picture. A Seattle native and longtime resident of Bainbridge Island, he is an avid and inveterate outdoor walker with a half century of experience in the Olympics and Cascades. Guterson’s appearance at Vashon Center for the Arts coincides with the publication of a new book, Turn Around Time: A Walking Poem for the Pacific Northwest. His talk will ponder the symbiosis between walking and writing, the myriad ways in which they resonate with one another, and their longstanding association in literature.